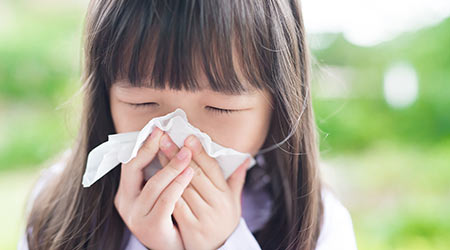 Moore Public Schools in Oklahoma City got a boost to their cleaning routine recently when Norman Regional Health System lent them a germ-zapping robot, according to an article on NewsOK. The schools already have a custodial staff and their own robots that spray a chlorine mist, but the extra layer of protection was deployed in buildings that have had high absence rates due to illness.

The Norman, Oklahoma-based hospital is lending the robots as part of an outreach program, according to Clyde Brawner, director of environmental services at Norman Regional. The system also lent the robots to schools in the Norman and Noble districts.

The hospital purchased the robots in 2016 as part of an overall strategy to reduce infections. They are used for patient rooms where the risk of spreading infections is higher, and for high-traffic areas such as public restrooms.

The robot creates a 14-foot-wide “bubble” of ultraviolet C light that kills germs on any exposed surface. Staff follow standard cleaning procedures using detergent, clear out any clutter and turn the robot on, while they clean other areas, the article said.

Norman Regional purchased its robots under an arrangement where it would pay only if it saved money from reduced infections. The hospital estimated it saved about $250,000 in the first year.

The robots cost $125,000, and most hospitals get about three years of service from them.