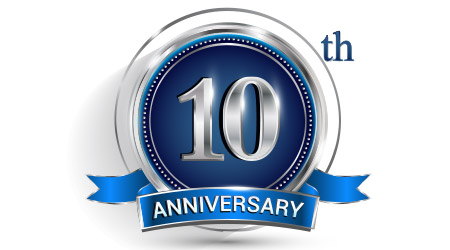 Office Pride Commercial Cleaning Services of Richmond-Bon Air is celebrating 10 years in business this month, on the heels of recently attaining a company award for reaching a milestone in sales as well as opening a second location.

Franchise owner Mike Jackson served 20 years’ active duty in the Navy, retiring as a senior chief. Since 2015, he and Connie, his wife and business partner, have managed the business. They have four adult children.

In September, the minority- and disabled veteran-owned business was awarded its first “Million Dollar Club Award” from the Office Pride franchise system, recognizing the franchise for billing $1 million in a calendar year. This year, the business has already billed more than $1 million.

Although Jackson has experienced tremendous success, things haven’t always been so easy.

Jackson opened Office Pride of Richmond-Bon Air in October 2011, and in his first 2-and-a-half months, he made $189. After about seven months, he was able to hire six people.

At that time, he was going through a divorce and had to choose between paying rent on an office and an apartment. “I didn’t have much cash flow, and I just kept thinking that my mission, my purpose and my ministry was to create jobs for other people. I wanted to make sure my employees got paid and leave a legacy for my kids.”

He finally secured office space at BizWorks, an “enterprise” location where his office remains to this day. BizWorks is celebrating Office Pride’s success this month, too. “They are very happy for us,” says Jackson. “Plus, they are able to get grants when we hire people who are below poverty level. It helps them better serve the community as we serve the community.”

The business grew steadily, first surpassing the $500,000 billing mark in 2016. But in 2018, he suffered a massive stroke while preparing to train employees early one morning. In a moment of clarity, he drove himself to the hospital. Initially, his family was told he had had a brain aneurysm with a 50 percent chance of survival.

“When I had a clear moment, I called my managers and told them I needed some accounts covered, and they took care of it. My managers, wife, business partners and kids all jumped in to help,” he said. The Office Pride headquarters team also provided great support.

As he began to feel better, he started running the business over the phone from his hospital room. But the stroke had dramatically affected his balance, so it was three months before he was able to drive again. “I was afraid that would be the end of the business, but we ended up growing instead,” he said. “Though the stroke seemed like a major setback, we were prepared because of all of our training and continued process improvement."

“We feel really blessed and hopeful about the future of the business,” he says. “I’m very thankful for my team, my wife, my business and business partners. God obviously has more for me to do here. We are looking forward to greater things.”