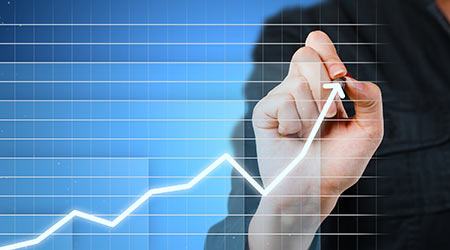 Office Pride Commercial Cleaning has reached a tipping point in 2017. America’s most admired commercial cleaning franchise has already expanded into key markets this year within Alabama, Virginia, Ohio, Florida, Kansas, Tennessee, Michigan and Colorado. With ten offices opened or in development so far this year and 130 existing locations across the country, the brand has set its course for a finish to the year that will be its most profound franchise timeframe to date.

Amid an impressive 20 percent average revenue growth for its franchise offices, Office Pride is significantly expanding its U.S. presence as an increasing number of individuals and teams of franchise investors are showing true admiration for the brand. Most compelling to candidates is Office Pride’s unique ability to offer a path to entrepreneurial dreams through a system that is consistent with their values.

“Our growth plan is working because our franchisees that are in the system already are enjoying their journey as business owners – their satisfaction is what makes the engine go for us,” said Gerry Henley, executive vice president of Office Pride, who spearheads Office Pride’s expansion. “We are in a fantastic place to push forward with a development initiative that will position us for incredible growth the rest of this year and into 2018.”

Henley and the leadership team are amplifying what already has become a widely acclaimed franchise model. Unlike any other commercial cleaning franchise, Office Pride bridges entrepreneurship in a profitable business with strong core values incorporated into the system, including honesty, integrity, hard work and a sincere commitment to faith. This rock solid foundation has offered a launching pad for several new initiatives being implemented to foster the brand’s growth.

Likewise, the brand appointed seasoned franchise development executive Rich Helm to the Manager of Franchise Development position, and Jennifer Agnew, to Billing Director. Both moves reinforce the company’s commitment to advancing its growth.

Franchise Business Review also inducted Office Pride into its “Hall of Fame,” an honor reserved for franchise brands whose franchisee satisfaction scores in their Annual Franchise Satisfaction Survey place them in the Top 200 of all franchises surveyed for 10 plus years in a row.

Moreover, Franchise Gator, a leading online information and sales resource for franchise companies, named Office Pride to its prestigious “Top 100 Franchises of 2017” list, and Military Times placed the company on its “Best for Vets” franchise list.

Set to ramp up franchise growth with several franchise location openings before the end of 2017 and beyond, Office Pride’s targeted growth objective is focused on awarding development deals to individuals that possess core values aligning with the brand’s mission to honor faith and promote morals by building mutually beneficial relationships with customers, employees, vendors and other Office Pride franchisees.

Todd Hopkins, an accomplished entrepreneur, industry innovator and author, started Office Pride in 1992. Serving as President and CEO today, Todd continues to set the course for the company as he shares strong bonds with the entire Office Pride franchise community. Hopkins has authored several best-selling books based on Biblical business principles including Five Wisdoms for Entrepreneur Survival, The Carrot Chaser and The Janitor, and is now writing a book The Upstairs Manifesto to inspire entrepreneurs to live stress less businesses and lives.