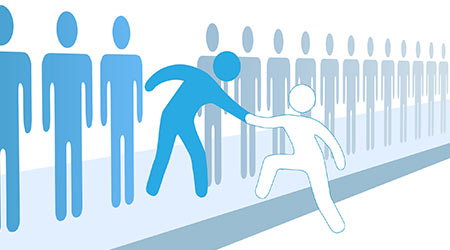 Office Pride Commercial Cleaning Services announced the addition of Rich Helm as the new Manager of Franchise Development for the brand. Helm, with more than 25 years experience in franchising, including franchise business ownership, will be responsible for the development and expansion of the Office Pride franchise system in the United States.

Helm brings a comprehensive set of skills and experience in franchising and management to the Office Pride family. He was drawn to the company’s faith-based values and business culture.

“I feel blessed to have the opportunity to help others take control of their futures and live the Office Pride values as franchisees,” said Helm. “As a former franchise owner, I know how challenging it can be to find a business venture that aligns with your goals for the future, while also exemplifying your faith. I want to help qualified candidates find that balance as Office Pride franchisees.”

With a background in technology and engineering, Helm first became a franchise owner in the medical device industry before founding an independent manufacturer’s representative agency that he ran for ten years covering most of the Northeast. He acquired a second franchise after moving to Florida, which he eventually sold to become a franchise broker.

As the manager of franchise development, Helm is positioned to help even more qualified entrepreneurs experience the Office Pride franchise opportunity than ever before.

“It’s not every day that we come across someone as uniquely qualified for franchise development and compatible with our core values as Rich,” said Todd Hopkins, Office Pride founder and CEO. “We’re confident that Rich’s background will help propel Office Pride to an even greater level of growth in our franchise sales, but more than that, we know Rich can help further our commitment to helping franchisees become part of a faith-based system they can believe in.”

Helm joins the Office Pride team as the brand continues to enjoy consistent recognition for its franchising growth and achievements. Entrepreneur Magazine has previously recognized Office Pride in the publication’s “Franchise 500” ranking, and as a “Best Low Cost Franchise,” “Top Home-Based Franchise” and “Overall Best Franchise”.

Office Pride has recently been inducted into Franchise Business Review’s “Hall of Fame,” an honor reserved for franchise brands whose franchisee satisfaction scores in their Annual Franchise Satisfaction Survey place them in the Top 200 of all franchises surveyed for 10 plus years in a row. For 2017, out of all franchises surveyed Office Pride was ranked seventh for large (120-299 units) franchise systems, twenty-fifth in the “Best of the Best Overall Top 50” and first among commercial cleaning franchises.

In the last 12 months, Office Pride has opened more than 10 locations and plans to open 10 more by the end of the year.

Todd Hopkins, an accomplished entrepreneur, industry innovator and author, started Office Pride in 1992. Serving as CEO today, Todd continues to set the course for the company as he shares strong bonds with the entire Office Pride franchise community. Hopkins and the leadership team, which includes Helm, have crafted the Office Pride Business System that has been developed from 25 years of successful experience and growth. Office Pride believes for a franchise business to be sustainable, franchisees must be trained and receive ongoing coaching in every area including sales, operations, hiring, strategic planning, financial management and more. Office Pride’s focus is continuing coaching and mentoring on a one-on- one basis with franchisees to support them as they build a business with equity.