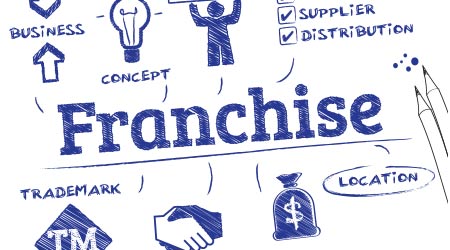 Office Pride Commercial Cleaning Services is ranked once again among Franchise Business Review’s Top 200 Franchises of 2021. The ranking is based exclusively on franchisee satisfaction ratings and reviews.

“We are pleased to be ranked highly again on Franchise Business Review’s Top 200 list,” said Todd Hopkins, Office Pride’s founder and CEO. “This ranking is special to me because it is based on franchisee satisfaction ratings. It is our goal at Office Pride to have the happiest franchisees on Earth, because it shows that we deliver what we promise. We care deeply about every one of our franchisees, and they know it. These ratings and reviews reflect that.”

Office Pride earned an overall score of 79.4, an increase of 3.2 points over the previous year. Franchise Business Review ranks Office Pride among the Top 50 Best of the Best franchises in which to invest in 2021.

The questionnaire asks franchisees questions about the franchisor that focused on areas such as leadership, training and support, core values and more. Franchisees rated Office Pride most highly in the categories of core values, self-evaluation, leadership and franchise community, followed by franchise system, training and support, general satisfaction and financial opportunity.

Office Pride is a respected national franchise system that is consistently ranked among the nation’s top franchises by multiple organizations. In addition to Franchise Business Review, Office Pride is ranked on Entrepreneur magazine’s Franchise 500 and its Top Franchises for Veterans lists.