Office Dirt: It's Catching And It's Expensive 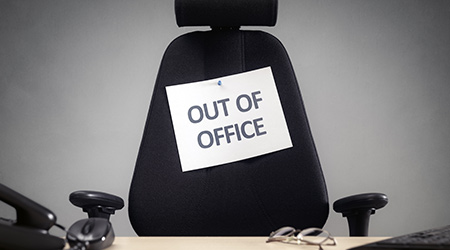 A study recently revealed that 4,800 surfaces in office buildings were “officially dirty.” Faucets, microwaves, computer keyboards and fridge doors were found to be the most contaminated surfaces, according to an article on The Conversation website.

As open-plan offices become more common, the effect of all the germs grows. Workers in open-plan spaces have a 62 percent higher incidence of sick days than those in private or shared offices, the article said.

Sick employees end up costing billions. According to 2016 reports from The Integrated Benefits Institute, absenteeism and “presenteeism” (when employees come to work sick) lead to a loss in productivity. The result is over $225 billion in losses to the U.S. economy each year.

And, apparently, mess attracts more mess. In one study, people who said they wouldn’t litter were more likely to do so when the environment was already dirty or others were littering. At the same time, another study found that cleanliness correlated with employee satisfaction.

Many workplaces have installed “sanitation stations” in open-plan environments to encourage employees to wipe down the desk, computer equipment and phone when they have finished using them for the day. However, research has shown that less than half of employees use them.

On top of all this, you have the health impacts of poorly maintained workspaces. Viruses can survive for hours or even months on surfaces like phones and computer equipment. But researchers have found that a cleaner office resulted in 12.5 percent fewer sick days and increased productivity.

Hand hygiene has been shown to be one of the most effective way to reduce the transmission of germs. Workplace hygiene programs that include education and the use of hand sanitizers have been shown to reduce hygiene-related healthcare claims by more than 20 percent.