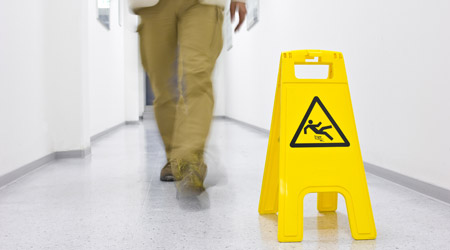 Factories, warehouses and hospitals are among the employers expected to comply with OSHA’s final rule released Nov. 17 for general industry fall protection. The rule, covering an estimated 112 million workers, will take effect Jan. 17, though some compliance deadlines are delayed. Training requirements become mandatory in July 2017 and deadlines to comply with regulations for fixed ladders start in November 2018.

The agency estimates the rule will prevent 29 fatalities and 5,842 injuries serious enough to keep an employee away from his job for at least one day. Implementation of the rule will directly cost employers $305 million annually. The rule, however, will save the economy $614.5 million annually in lesser medical costs and fewer workers killed on the job.

In general, the rule requires employers to identify slip, trip and fall hazards and then provide fall protection, ranging from guard rails to tethered harnesses.

Because OSHA’s last version of the rule appeared in 2010 as a proposal, industry officials on Nov. 17 weren’t ready to discuss their potential concerns with the 1,225-page final rule.

“Based on our strong interest in safety, the billboard industry looks forward to reviewing this lengthy rule,” Nicole Haynes, communications director for the Outdoor Advertising Association of America, told Bloomberg BNA.

OSHA says the rule will ease compliance because the regulations use “performance-based” requirements instead of specifying practices.

“OSHA believes the flexibility the final rule provides will allow employers to select and provide the controls they determine will be most effective… to protect their workers and prevent injuries and fatalities from occurring,” the rule says.

Many of the rules’ requirements are already being met by employers who adhere to fall prevention-related consensus standards, the rule says.