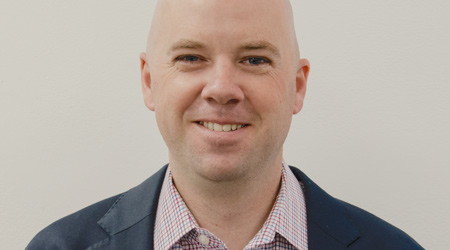 Nyco Products Company announced the promotion of Brendan Cavanagh to Vice President of Sales. Effective immediately, Cavanagh will lead the internal Nyco Sales Team, as well as the majority of their network of national manufacturer’s representatives.

Cavanagh joined the Nyco sales team in 2007 working with direct distribution accounts. In 2013 he took on responsibility of strategic Nyco manufacturer’s rep groups as Midwest Director of Sales.

“I am excited to take on another new role and look forward to working closely with our rep groups to continue to grow Nyco,” indicated Cavanagh. “We have a fantastic group of sales agents who I am proud and humbled to lead.”

Brendan Cavanagh is a recipient of Nyco’s “Robert Stahurski Senior Service Award,” which represents outstanding service leadership and core company values. He graduated from Western Michigan University in Kalamazoo and is married with two children. In 2016 Brendan founded Charlie’s Corner Foundation with his wife, Sarah. The Foundation has raised more than $50,000 over the past three years for charities including the NICU at Lurie Children’s Hospital.

Nyco announced another management change earlier this month. For just the second time in the last 31 years, Nyco Products Company has named a new president. John Wunderlich has taken over for Robert Stahurski Jr., who will remain active in the company as CEO and Chairman of the Board of Directors.