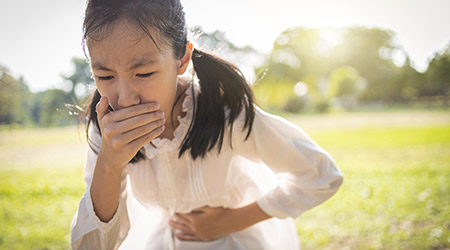 An elementary school in Seattle had to be closed after a case of the highly contagious norovirus sickened more than 100 students and staff.

Leschi Elementary School closed on Friday, with plans to re-open once janitorial staff got the opportunity to do a deep cleaning and disinfection, reports Fox News.

Norovirus running rampant through Leschi Elementary School is yet another example of how damning the 2019-2020 flu season has already been. In fact, the flu has spread so quickly this year that the Centers For Disease Control and Prevention’s “FluSight” research tool declared earlier this month that there was a 40 percent chance flu activity peaks in the United States before the New Year. For context, February — which almost annually has the highest flu activity — was given a 25 percent chance of hosting the peak.

A recent flu update showed that 38 states are reporting either widespread or regional flu activity. In other words, it's hard to find an area that hasn’t bet hit hard by the flu in the lower 48 states.