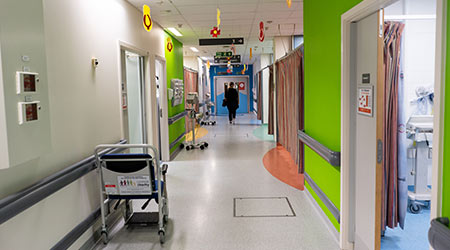 A past norovirus outbreak in a pediatric wards further proves how difficult it can be to prevent the spread of a virus, and how infection prevention is so important in slowing the spread of disease.

Doctors at the Seoul National University Children’s Hospital in South Korea wrote in the American Journal of Infection Control that norovirus is increasingly causing acute gastroenteritis among infants and children, according to a report by Healio. The researchers say the virus is further spread across pediatrics wards due to infant contact with caregivers, bottle feeding and wet diapers.

As part of their research, the medical professionals at Seoul National University Children’s Hospital reviewed records from an outbreak of acute diarrhea that occurred in a pediatric unit between December 2017 and January 2018. Of the 114 patients at risk for exposure in the unit, 22 patients suffered from diarrhea, and 10 of those suffering tested positive for norovirus.

Researchers then examined the first five cases of norovirus in the outbreak and discovered four of those fives cases occurred in patients that were in the same multi-bed room. All the other infants that were infected were proven to have been staying in a multi-bed room, which the researchers says suggests nosocomial transmission of the virus.

The first four patients found to be infected had been placed into isolation, and the medical facility conducted strict environmental cleaning. A sixth patient that was linked to the clustered cases was shown to have stayed in the facility’s intensive care unit, which resulted in three more children being infected.

After the additional cases broke out, the hospital mandated increased infection control measures, including environmental cleaning with a strong bleach solution and other tests. The ward was also closed momentarily, but was reopened after no new cases came up after six days. The hospital was able to completely contain the virus 24 days after the first case was reported, say the researchers.

The Seoul National University Children’s Hospital researchers concluded in their findings that infection control measures such as cohort isolation, strict adherence to contact precautions, and a cleaning of the environment are key to stopping the spread of norovirus in a hospital setting.