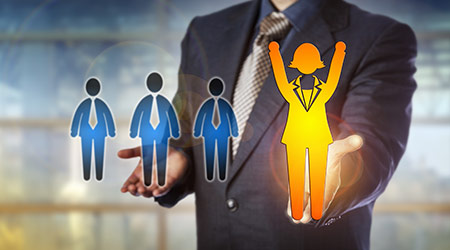 Nexstep Commercial Products (Exclusive Licensee of O-Cedar) is proud to announce Phil Mockler, Kerry Waldman, Patrick Liberti, and Michael Ciesinski have all been named Top Performers for the first half of 2018. Each acquired 2 new qualifying accounts from January to June.

Phil Mockler is a representative with TNT Unlimited, who has represented us in Illinois and Wisconsin since October, 2017. Phil graduated from Western Illinois University in 2008 with a BA in Communications. He has been a Regional Sales Manager with TNT for 3 years, and previously spent five years as an Inside Sales Rep for Tata Steel.

Kerry Waldman and Waldco Sales have represented us since March, 2003 in the New York/New Jersey metropolitan area. Kerry graduated from the State University of NY at Albany in 1985 with a BA in Psychology. She founded Waldco Sales in 1988 with her husband Steve. Waldco has previously been named our Sales Rep Agency of the Year.

Patrick Liberti founded Libco Northeast in 1999. Libco has represented since February, 2011 in New England and Upstate New York. Patrick graduated from the University of Arizona. He began his career as a purchasing agent for a distributor in Rochester, NY, later making the switch to manufacturers’ representative. He has over 25 years of sales experience.

Mike Ciesinski has more than 20 years of industry experience, having worked as a distribution sales manager and regional manager for a leading chemical manufacturer. Mike also managed national accounts in New England. He is a member of MRA, CIMS-GB certified and a former board member of NESSA. Mike joined the Libco team this year.