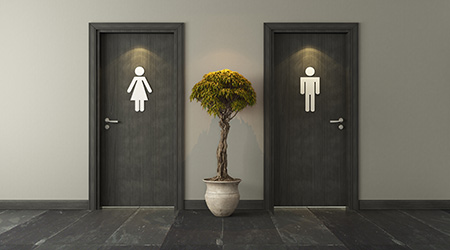 The new decade is only a few days old, but it appears the landscape of the American public restroom is already changing.

In Illinois, all restaurants, stores and buildings with public restrooms were required to feature at least one baby changing station in both a men's and women's restrooms the moment the calendar flipped to 2020, reports KWQC-TV.

Los Angeles is mulling the idea of providing free tampons and menstrual pads to women's and girl’s public restrooms, reports the Los Angeles Times. Considering that Los Angeles is the second largest city in the United States, such a move would be a win for the growing “menstrual equity” movement.

New York State announced in 2018 that it would be offering free menstrual products in its public schools. The mayor of Boston and the city’s school district announced in June 2019 that a new program would be supplying free feminine hygiene supplies by the end of the year.