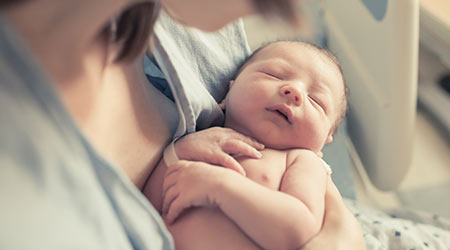 Mothers and their newborn babies are leaving hospitals more quickly after birth occur thanks to new infection prevention practices implemented during the COVID-19 pandemic, according to a new study published in the American Journal of Obstetrics & Gynecology. This conclusion was met following a study carried out at Cedars-Sinai Medical Center in Los Angeles, reports News Medical Life Sciences.

Researchers examined how new practices such as temperature screenings, requiring staff to wear personal protective equipment and limiting the amount of visitors to the hospital changed things in the medical center's Labor and Delivery Unit. They reviewed the results of more than 1,900 deliveries that took place in one of two time frames: between January and February of 2020 or between March and April of 2020.