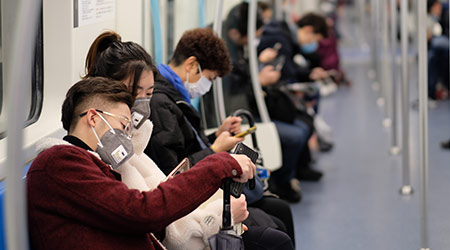 The number of people who have died in China due to the new coronavirus exceeds those killed globally by the infamous Severe Acute Respiratory Syndrome (SARS) epidemic, reports Reuters.

China’s National Health Commission confirmed 89 more deaths from the new coronavirus on Saturday, bringing the total to above 800. The SARS outbreak of 2002-2003 killed 774 people.

Many of China’s city are quiet as the nation’s government has ordered lockdowns, school closures, cancelled flights and closed businesses as a result of the virus.

Some Chinese factories opened back up Monday following the end of the country’s Lunar New Year holiday, reports the New York Times. The nation’s government has demanded that these companies not allow the return of workers who had been in areas where the virus outbreak has been prevalent within the last two weeks. Some local governments are forcing businesses to check their employees’ temperatures.