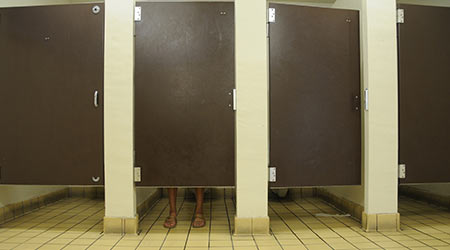 A vast majority of Americans say that negative online reviews about restrooms would deter them from visiting a hotel (91 percent) or a restaurant (89 percent), according to a recent survey commissioned by Sofidel, a global provider of paper for hygienic and domestic use. The survey, conducted online by The Harris Poll, June 14-18 among 2,024 U.S. adults age 18 and older, found that roughly three in four Americans cite dirty restrooms as the top restroom issue listed in an online review that would discourage them from visiting a hotel (75 percent) or restaurant (72 percent).

Following dirty restrooms, the other top restroom issues found in online reviews that would deter Americans from visiting a hotel include:
• Foul odors – online reviews mentioning smells will scare away 69 percent of Americans
• Clogged toilets – 2 in 3 Americans (66 percent) view these as a dissuading factor to visit a hotel
• Closed or out-of-order restrooms – more than half (52 percent) would avoid a hotel with reviews discussing unusable bathrooms
• Out-of-stock essentials such as toilet paper, soap and paper towels – 51 percent would steer clear of properties with reviews mentioning a lack of restroom necessities
• Broken soap or paper dispensers – nearly two in five (39 percent) wouldn’t visit a hotel that doesn’t properly maintain important fixtures

For restaurants, Americans rank restroom issues listed in online reviews in the same order as they do for hotels, with slight variations in the proportion that would avoid that type of business.
• Foul odors – 66 percent
• Clogged toilets – 63 percent
• Closed or out-of-order – 51 percent
• Out-of-stock essentials – 46 percent
• Broken soap or paper dispensers – 35 percent