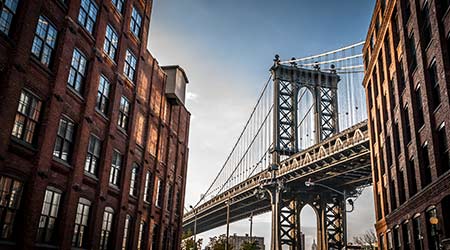 New Yorkers have been subjected to staying in their infamously tiny dwellings for months due to the COVID-19 pandemic. Some are coming out in public now as bars offer to-go craft cocktails and protesters march the streets to protest inequality and the death of George Floyd. But public restrooms aren't yet open to accommodate these people, and it has created a stinky, messy and unhealthy situation in the Big Apple.

For its report on the subject, The New York Post spoke to several city residents who say they have witnessed a big uptick in public peeing as citizens are shunned from using the restrooms in bars, coffee shops, fast food joints and restaurants. It's been so hard to properly urinate when out that one resident of Brooklyn says she's been carrying around toilet paper so she can go No. 1 - an act that has been decriminalized in the city since 2017.

Those protesting social injustice and America's policing had to go so bad during their marches that they started a Twitter account encouraging places like museums and theaters to make their restrooms available to the public. Simply named @OpenYourLobby, the Twitter account is associated with a Google Docs spreadsheet that lists the businesses participating in the calling.