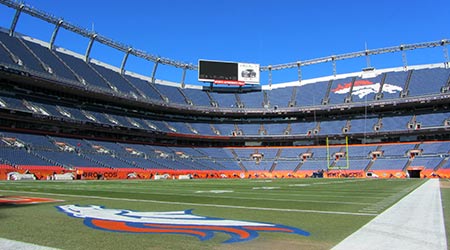 Members of the National Football League’s Denver Broncos are thrilled with what team janitors and other staff have done to keep players healthy as they prepare for the 2020 season.

Running back Philip Lindsay says the team’s janitors deserve a pay raise for their hard and impact work, reports Broncos Wire. He says the janitors have been doing a great job of cleaning up the team’s facilities right after they’re used by the players.

Pro Bowl defensive linemen Jurrell Casey, who was traded to the team in the offseason, says he feels safe coming to practice and meetings because of the protocols the team has put in place. He says it helps that the players are routinely tested, practice social distancing when possible and maintain good hygiene.

Casey says he doesn’t know how the other 31 teams are handling the pandemic, but if recent reports are any indication, those franchises are doing well, too. Dr. Allen Sills, the NFL’s chief medical officer, unveiled data that says the rate that NFL players, coaches and staff have been testing positive for COVID-19 is just 0.46 percent, reports ESPN. Nearly 110,000 COVID-19 tests have been taken throughout the league, with only 0.81 percent of players testing positive. When the NFL first started testing the players, the rate for positive testing was 1.7 percent overall and 1.9 percent for players.