Movie Being Made About Frito-Lay Janitor 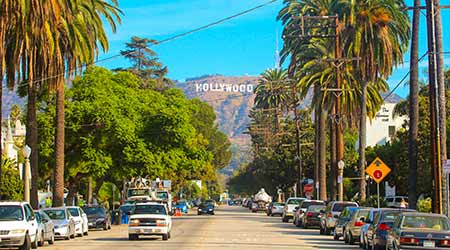 Fox Searchlight’s hot new idea for a Hollywood film is poised to make a star out of a former janitor.

Produced by Eva Longoria, the film will be a biopic surrounding Richard Montañez, the man who created Flaming’ Hot Cheetos while working as a janitor at a Frito-Lay plant in Rancho Cucamonga, California, reports NBC News.

Like so many great food ideas, Montañez thought up Flamin’ Hot Cheetos by mistake. The story goes that a machine on an assembly line that makes Cheetos broke, resulting in a lot of product that seemed to be useless. Instead of having the snack tossed out, Montañez took the batch home where he would treat it with a mix of chili powder.

Montañez and his family members were so smitten by what they had just tasted that Montañez arranged to have his invention pitched over the phone to the then CEO of PepsiCo, Roger Enrico.

After nearly two weeks of preparation Montañez took the product to company decision makers who gave it a green light. The result has been an extremely successful product for the company.

Montañez now works as a motivational speaker and is the author of the best-selling book, “A Boy, a Burrito, and a Cookie: From Janitor to Executive.”

“Don’t take your position for granted, regardless of what that position may be,” Montañez writes in the book. “CEO or janitor, act like you own the company.”