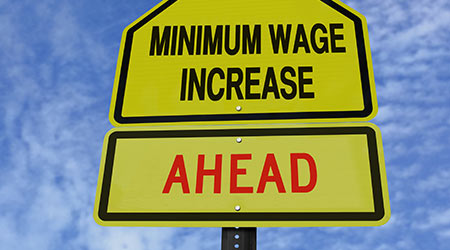 Three states and more than a dozen cities and municipalities have instituted minimum wage increases.

Illinois, Nevada and Oregon each raised their minimum wage to kick off July, reports USA Today.

Here are a few of the major cities that raised their minimum wage: