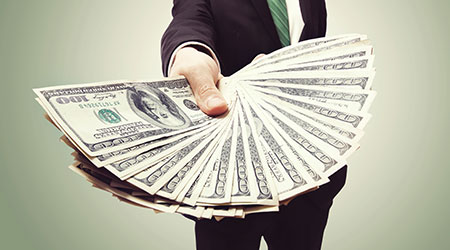 A number of states rang in the New Year with pay increases for minimum-wage workers, while others plan to implement raises as the months go on. According to reports from The Hill, a total of 26 states will see minimum wage increases that go into effect during 2022. Twenty-two of those states implemented hikes effective Jan. 1, while increases in New York began one day earlier.

In addition to state-wide mandates, 56 separate cities and counties are increasing minimum wage — 35 of which went into effect on Jan. 1. Payroll analysts say the increases are a step toward ensuring a living wage for workers.

Although the nation will experience widespread hikes, the actual rates of minimum wage will fluctuate. According to The Hill reports, the highest increase was in West Hollywood, California, where hourly pay for hotel workers, specifically, went up to a minimum of $17.64. Meanwhile, the state as a whole saw an increase to $15 an hour, but specified the requirement for businesses with 26 or more employees.

Parts of New York State, including New York City, also went up to $15 an hour, but didn't specify increases based on company size. According to reports, the minimum wage in 10 more states will reach $15 within the next few years after scheduled pay increases are completed. Those states include Maryland, Florida, Connecticut, Massachusetts, New Jersey, Illinois, Rhode Island and Pennsylvania.

Experts expect that by the end of 2022, the minimum wage in 49 states and municipalities will meet or exceed $15.