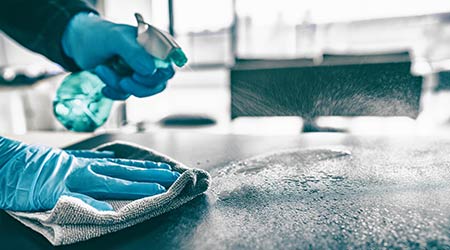 YouTube is full of billions of hours of video that can be informative, strange, interesting, funny, odd, disturbing, and sometimes, even a bit of all six. People are unique, so a video that might seem a little out there to most could also be be insanely entertaining to a few. One YouTube channel that is  actually appealing to hundreds of thousands of people shows nothing but a woman cleaning her house.

More than a half a million people subscribe to Jessica Tull's "Cleaning Organization & Motherhood" channel to watch her clean, organize and decorate her home. As the New York Times reports, time-lapsed videos of Tull doing nothing but washing floors, cleaning sinks and dusting have attracted millions of views. That's right, millions of people just want to see the mother of three clean.

One video that caught our attention is titled "EXTREME CLEANING MOTIVATION 20020 // Jessica Tull clean with me." The more than 24-minute-long video shows Tull cleaning her restroom to the tune of some sort of electronic pop music. At times she'll explain what she's doing in the video, but for the most part, the talk is at a minimum.

The New York Times' story goes on to explain how other people like Amanda Paige and Alexandra Beuter have also made full-time work out of posting videos of their cleaning missions.

Could videos of janitors, custodians and housekeepers become the next YoutTube sensation? Honestly, who knows?