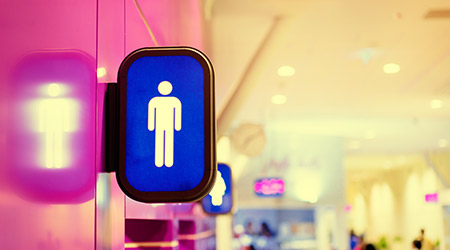 Restrooms make or break a facility and the new director of aviation at Miami-Dade Airport agrees, according to an article from the Miami Herald.

Sola takes over MIA after a soft year for the airport — traffic dropped 1 percent to 44 million in 2017, making it Florida’s second-busiest airport, ceding to Orlando for the first time in years.

Sola said he wants to focus on areas where the airport leaves passengers confused or frustrated. Sola says the restrooms can be improved.

In the latest J.D. Power ranking of the nation’s largest airports, MIA finished first when it came to dining and shopping options but customer reviews in the other areas — including terminal facilities — kept it out of the top 10.

Sola has already had a meeting with C&W Services, the contractor responsible for cleaning MIA’s bathrooms.

A representative for C&W said the company is already implementing technology upgrades to keep the bathrooms cleaner.

The majority of cleaning facility managers say restrooms are the toughest areas to keep clean, according to the Facility Cleaning Decisions 2017 Reader Survey.

And not surprisingly, a separate Facility Cleaning Decisions survey revealed that the restroom is the area of a facility that receives the most complaints.

Clean here to learn more about the new MIA director.