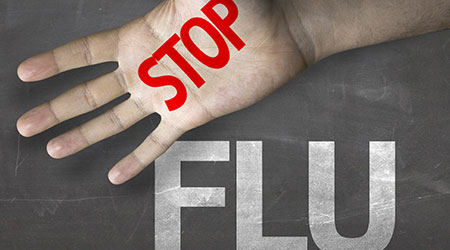 After a music teacher in Swampscott, Massachusetts, died suddenly from the flu, the elementary schools where she taught were deep cleaned before the students returned, according to an article on the Boston CBS website.

Phyllis Gotlib, 68, died recently after she became ill over the weekend.

“Because we have learned Ms. Gotlib’s passing may have been due to complications from the flu, I sent cleaning crews into the Clarke and Hadley Schools early this morning to thoroughly clean all doorknobs, railings, her classrooms and common areas including teacher prep spaces and hallways,” according to a pre-recorded phone call to parents.

“The phone call went out that they had come and scrubbed down the school. I’m satisfied with that. I mean, we’ve been through crazy flu seasons in the past,” one parent said.

The Massachusetts Department of Public Health estimates between 250 and 1,100 Massachusetts residents die annually from complications of influenza. The Centers for Disease Control and Prevention (CDC) says this season’s flu outbreak is peaking, but it will likely take weeks before it slows down.

According to the CDC, 26 states are reporting high levels of influenza-like illness activity.

The CDC offers guidelines for cleaning to prevent colds and flu. The agency stresses knowing the difference between cleaning, disinfecting, and sanitizing.