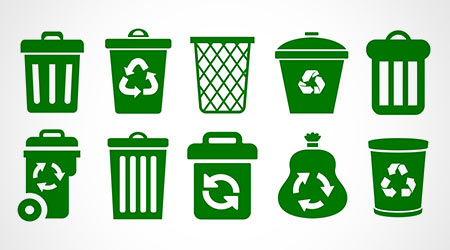 A report by the Environmental Protection Agency (EPA) revealed that out of the 258 million tons of municipal solid waste (MSW) generated in the United States in 2014, only an average of 34.6 percent was recycled or composted, according to an article on the Waxie website.

These numbers confirm that recycling is largely a volunteer effort, and individual businesses and residents decide on their level of commitment to a waste diversion and recycling program.

Many states have recycling laws and many are supplemented by local mandates. Many areas are adding additional requirements to divert landscape waste and food scraps from the landfill.

According to an article in BioCycle Magazine, more than 40 percent of the food produced in the U.S. is wasted each year. The EPA says these food scraps represent 14.9 percent of the total MSW generated.

There are five states with waste diversion legislation focused on this organic waste, along with a few other additional municipalities. Connecticut, Massachusetts, Rhode Island, Vermont and California, plus Portland, Ore.; Seattle, Wash.; San Francisco, Calif.; Austin, Texas; and New York, N.Y.; have enacted legislation requiring the diversion of organic waste.