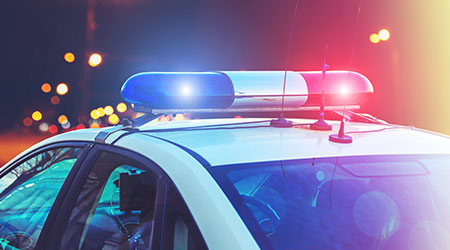 Building a business from the ground up is tough. In fact, running a janitorial company is so difficult for one man, that he went on a stealing spree to supply his.

Police say Ira Glover, 50, stole dozens of rolls of paper towel and toilet paper from a store in the small Alabama town where he lives, reports AL.com.

Glover got on his roll of stealing tissue when he lifted $113.81 worth of toilet paper during the night of March 17. Police eventually apprehended Glover, who was put on probation as a result.

Determined not to let the arrest foil his business plan, Glover came back to the store Tuesday night, where he allegedly stole another $125 worth of paper towels and toilet tissue. Unfortunately for Glover, police had a surveillance operation going on the store, and chased the fleeing Glover until he crashed on a highway.

A police detective says Glover owns a janitorial service company and had been attempting to support his business through the alleged thefts.