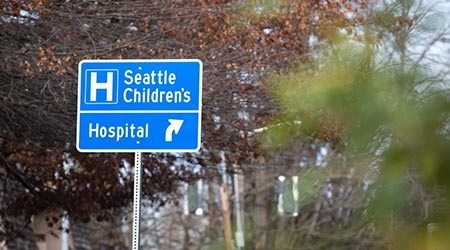 One of the top children’s hospitals in America is under great heat as lawsuits pile up regarding sickness allegedly caused by its mold.

Three lawsuits were filed Monday alleging that several patients of Seattle’s Children’s hospital — one a 2-month-old boy — were sickened by mold, reports the Seattle Times.

One of the lawsuits is a class action suit filed on behalf of four children or their estates. That lawsuit claims that “dozens if not hundreds” of patients were sickened by the mold during a more than decade long span.

Another lawsuit filed on behalf of an 11-year-old boy claims that the child diagnosed with an infection in May that stemmed from a surgery he received at the hospital in March.

The operating rooms at Children’s have been closed.

The hospital released a statement Nov. 21, prior to the recent lawsuits, expressing remorse for the infections that had allegedly taken place.

“We are deeply saddened by the Aspergillus infections and the impact they have had on our patients and their families,” says Susan Mask, chair of the hospital’s board of trustees in the statement. “Because patients and their families come first at Seattle Children’s, the community rightly expects us to fix this problem quickly. We are committed to an appropriate and timely resolution.”

Aspergillum is a common type of mold that cause the infection Aspergillosis, according to the Centers For Disease Control and Prevention website.