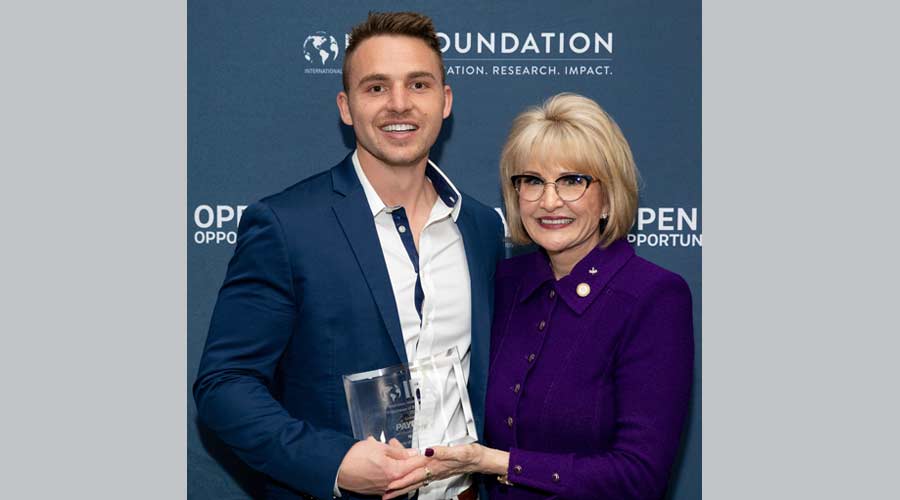 The International Franchise Association (IFA) recognized Matt Mays, a multi-unit owner with Office Pride Commercial Cleaning Services, as one of the association’s Franchisees of the Year. Mays was recognized at the IFA’s 62nd annual convention in San Diego.

The IFA’s Franchisee of the Year Award was created to recognize outstanding IFA member-company franchise owners. Winners exemplify at least one of the four pillars of IFA’s Open for Opportunity Campaign – opportunity for veterans; diversity, equity and inclusion; thriving communities; and the workforce. Mays was praised for having a largely female, Hispanic or African American workforce of more than 175 employees and for coaching women and minorities for key leadership, sales and operations management roles.

“In our organization, we hire and promote based on the company’s core values, not on someone’s gender or ethnicity,” says Mays. “We proudly support everyone on our team and are pleased when we have the opportunity to promote from within. It’s very fulfilling to be able to offer a hand up to those who are willing to work for it.”

Last fall, Office Pride of Louisville-Jeffersontown was named Office Pride’s Franchise of the Year, Office Pride’s top company award, after growing its annual revenues by 247 percent in 2020. The franchise also received a Million Dollar Club award for billing a milestone amount during a calendar year; and a Standards of Excellence Award, which recognizes promotion of Office Pride’s core values, sales growth and revenue retention, engagement and reporting.