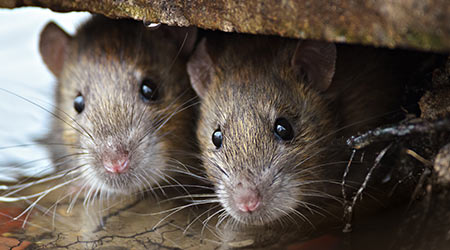 Amid a possible typhus outbreak, the facility team at the Los Angeles City Hall is working on a plan to rid the building of rodents and fleas, according to an article on the ABC 7 website. Pest control workers were inspecting City Hall and City Hall East over the last few days and the heads of general services, personnel and sanitation divisions are meeting to decide on further action.

As an initial step, sanitation officials plan to implement weekly comprehensive cleanups of the Civic Center, including more street cleanings around the area.

City Council President Herb Wesson said he also wanted to know more about how to fumigate large buildings such as City Hall. The department heads are scheduled to provide council members with an update in the coming days.

In the meantime, Wesson had made a motion to have all carpet removed from the historic building after a city employee possibly contracted typhus while at work. Typhus is often caused by infected mites, fleas or lice, which can be tracked in by the rodents that have become a growing problem.

To that end, the council actually voted to bypass a normal committee review process and have the Department of General Services move forward with a plan to study and address the rat problem.

Los Angeles had again gained ground as one of the "rattiest" cities in the U.S. in Orkin's 2018 Top 50 list. For the fourth consecutive ranking, Chicago took the top honors, but Los Angles went from the third to the second spot, bumping New York to No. 3. The year before, Los Angeles rose from 4 to 3.