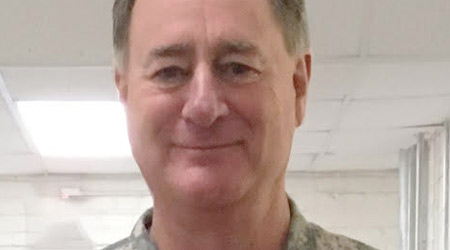 Ron Farkas is retiring from his role as CorrectPac business development director at PortionPac Chemical Corporation, announces the company in a press release. Farkas will continue to support PortionPac on special projects and events to strengthen the relationships he has built over his more than 50 years of experience in the corrections and janitorial supply industries.

Farkas' career with PortionPac originally began through his janitorial distribution company. In 1991, after he returned from active duty in the first Gulf War, he joined PortionPac Chemical Corporation as a regional manager based in South Carolina. Over the next 30 years, Farkas built relationships throughout the country and was eventually promoted to business development director. This role proved instrumental in the growth of PortionPac business nationwide.

In addition to his many accomplishments outside of the company, Farkas has been a strong mentor to new employees, sharing his knowledge and helping them build lasting relationships with customers. He is also a long-time active member of the South Carolina State Guard and has supported his community through many natural disasters, including hurricanes Hugo, Bonnie, Irma and Matthew.

“Ron has built strong, long-term relationships with our customers and has shared his cleaning, disinfection and floor care knowledge in facilities throughout the country," says Burt Klein, President of PortionPac Chemical Corporation. "He has a natural ability to connect with people and does more than simply teach 'how to.' Ron listens to their challenges, develops a solution, and works side-by-side completing the hard work with our customers.”