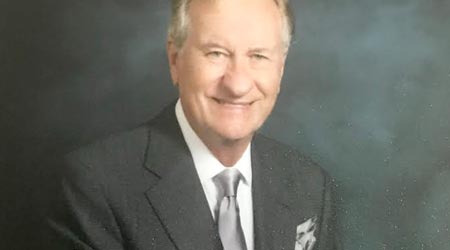 Kellermeyer, of Pompano Beach, Florida, was born in Toledo, Ohio to Dorthy and Vernon Kellermeyer. He graduated from Case Western Reserve University with a Bachelor of Arts degree in chemistry and did post graduate studies at the university.

Kellermeyer was highly respected in the Toledo area and served on many boards. One of his favorites was the Pro Medica Health System, where he was a past chairman of the Board of Directors. He also enjoyed serving on the Young Presidents Organization as past chapter chairman and president. He was a member on the Ohio Board of National City Bank.

Kellermeyer was an enthusiastic skier, scuba diver and traveler. Being a past president of the Toledo Ski Club, he was able to ski all over the United States.

Kellermeyer will be deeply missed by those who knew him. He had a great zest for life and loved living it to the fullest.

He is survived by his wife, Shari; children, Kris (Wade) and Greg (Liz); and his twin brother, Tom (Nancy). He has three grandchildren: Corbin, Lila and Jordan.

Due to COVID- 19, no memorial service will be planned. The family requests that contributions be made to the Alzheimer's Association Club, Southeast Florida Chapter or the Fort Lauderdale Rotary Club.