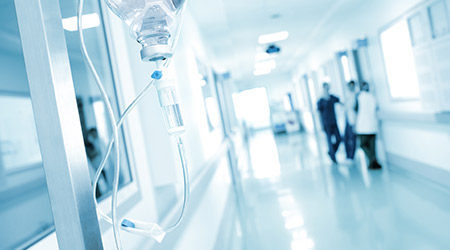 The professional cleaning industry plays a leading role in helping to slow the spread of nosocomial infections. However, this has been a challenging battle. One reason for this is that the pathogens that trigger a nosocomial infection — many of which are life-threatening — survive for so long on dry surfaces.

This was determined by one of the most comprehensive studies on this subject. Though it was developed in 2006, the study, “How long do nosocomial pathogens persist on inanimate surfaces? A systematic review,” is still referenced today.

This team of researchers who worked on the study concluded, “The most common nosocomial pathogens may survive or persist on surfaces for months and can thereby be a continuous source of transmission if no regular preventive surface disinfection is performed.”

The three most common pathogens causing nosocomial infections, according to the researchers, along with their survival rates are the following:

In addition, it was found that colder temperatures enhance the survival capabilities of these bacteria. Further, while the type of surface in which the bacteria are found had minimal impact on survival rates, bacteria on plastic and steel tended to live longer.

As to the researcher's suggestion that "regular preventive surface disinfection" can help address this problem, one method that is proving effective in recent studies is "bundled cleaning."

Bundled cleaning is when two, three, or more cleaning systems and technologies are used together to help clean and disinfect surfaces, according to Drew Bunn, Canadian sales director for Kaivac.

Bunn suggests an example of a bundled cleaning program is the following:

"The secret to bundled cleaning is that the different systems each play a specific role,” says Bunn. "Working together, they are more powerful at reducing or eliminating pathogens, including those that can cause nosocomial infections."