Lawsuit Claims Custodian Was Fired After Accusing Supervisor Of Rape 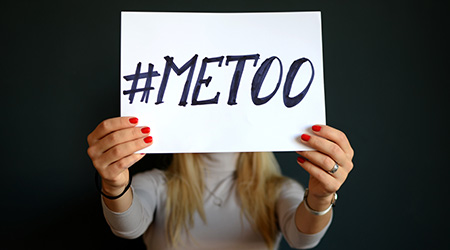 A woman who worked as a custodian at the Mayo Clinic in Rochester, Minnesota is suing the famed medical center over claims that she was fired after accusing her assistant supervisor of rape.

Yelena Ryabchuk, 33, filed a lawsuit in Olmsted County District Court stating that a 37-year-old supervisor raped her at the Mayo Clinic Hospital, St. Marys Campus on the evening of Oct. 2, 2020, reports the Star Tribune.

According to the lawsuit, the man watched Ryabchuk work in the room for about 30 minutes before entering, pinning the 115-pound woman against a counter and sexually assaulting her.

Ryabchuk said that the supervisor told her that she would be fired if she told anyone "because no one would believe a stupid housekeeper."

Ryabchuk told police and a member of the Mayo Clinic's management about the incident on Oct. 30, 2020. She was fired on Dec. 30, 2020. She said she was told the firing took place because she failed to be "forthcoming during an investigation by providing false statement or omission of facts."

Mayo Clinic issued a statement in which it said it was not in position to comment on the specific related to the lawsuit. The clinic's statement also said Ryabchuk's employment was terminated "in accordance with Mayo Clinic's workplace policies and the law, and following a thorough internal investigation."

In the statement, the clinic went on to deny the accusations made in the lawsuit and said it would defend itself in court.