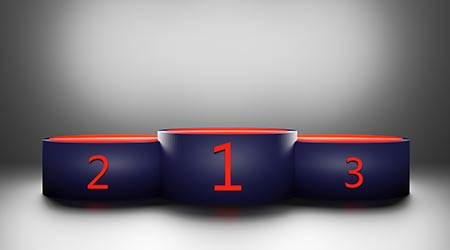 Sonia Fernandez has spent a total of 13 years working for the Clark County School District in Las Vegas, with eight of those as the head custodian at Ferron Elementary School. Over those years, she’s established herself not only as a reliable employee, but a beloved member of the community for her unrelenting work ethic.

Her drive, as reported by Las Vegas Review-Journal, comes from her experience as the mother of two children. While they’re both adults now, she still approaches each day as if they were at Ferron Elementary and need a clean, safe environment — a sentiment that only grew stronger during the struggles of frontline work during the COVID-19 pandemic. Her positive demeanor stood out when she applied for the head custodian position, earning her a job that is typically held by male candidates. From that day forward, she continues to be relied upon as the district as a whole struggles to fill support staff and custodial jobs.

Multilingual in both English and Spanish, Fernandez interacts with students and helps them both understand directions and solve problems they may be dealing with. Lunch hour is a common time for her to build strong connections with students, who even help her clean up the cafeteria afterwards from time to time. When reflecting on her own experience as a child — entering a new school as an immigrant and receiving support along the way — her mentoring nature to return the favor is a no-brainer.

It’s the combination of hard work and selflessness that earned her a coveted finalist spot in the Tennant Co. national “Custodians Are Key” recognition program. Named as just one of three finalists in a pool of nearly 1,000 nominees across the U.S. and Canada, the winner receives $15,000 total ($10,000 for the representative school, and $5,000 for the nominee).

Winner or not, Fernandez is just appreciative of the gesture and validates her decision to stay with the district and be happier overall compared to a higher paying position elsewhere.

In similar news, the winner of the Rock Star Custodian 2021 national contest was recently announced. Read more on the award from the Academy of Cleaning Excellence here.