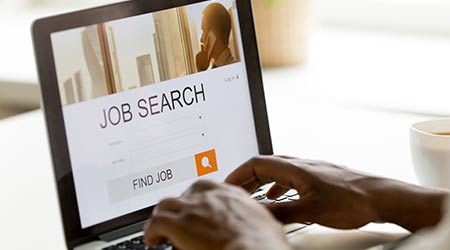 “Today’s report shows that the economy generally continues to recover, but that employment in certain sectors and states remains challenged.

“The 140,000 jobs lost in December were driven principally by the loss of 498,000 jobs in leisure and hospitality; data from the Restaurant Law Center shows that in the reporting period, six states (Washington, Minnesota, Michigan, Pennsylvania, New Mexico, and Oregon) reduced indoor dining occupancy to zero. Fortunately, Congress finally enacted additional coronavirus relief at the end of December. The new $300 a week federal plus-up, combined with state unemployment benefits, will replace on average more than 90 percent of wages in leisure and hospitality jobs.

“Meanwhile, employment grew in December in six of the nine major industrial sectors that had significant changes, including manufacturing and retail. Also heartening is that with the unemployment rate unchanged at 6.7 percent and the workforce participation rate holding steady, job losses appear concentrated in temporary rather than permanent layoffs. The number of unemployed Americans not on temporary layoff dropped a whopping 534,000, the first drop in that figure since July.

“As the Year 2020 ended, unemployment was more than eight points lower than its peak in April, and is far lower than virtually anyone projected in April for the end of the year.

“The virus’s impact on employment reflects again the importance of distancing, mask-wearing, and other measures to reduce the spread, as well as the need to avoid excessive lock-down strategies that compound rather than mitigate this virus’s human toll. As distribution of vaccines continues through operation Warp Speed, it should be possible in the months ahead to restore millions more jobs, on top of the more than 12 million added back since the low-point in April.”