Labor Secretary: Some Gig Workers Should Be Considered Employees 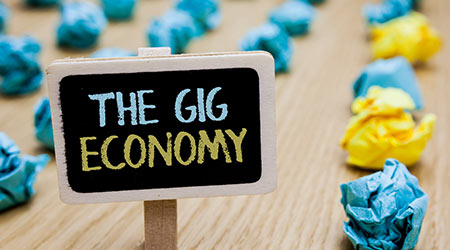 The United States' labor secretary believes that some jobs presently considered part of the gig economy should instead be classified as regular employment, which would permit these workers more benefits and rights. This is an important opinion considering gig workers have become more prevalent in the cleaning industry in the last few years.

Labor Secretary Marty Walsh said that in some cases gig workers are treated with respect, but in other insistences they are not, reports USA Today. It's Walsh's opinion that all gig workers should be treated with the the same respect.

Gig workers are like independent contractors in that they do work under a contract that has been put in place. However, the definitions of each differ in that gig workers tend to do work for tech firms, such as driving vehicles, delivering meals or groceries or providing cleaning services through an app or the internet.

Walsh said that he didn't want to admonish companies who gain a lot of success because of the labor done by gig workers. Instead, he believes that the successes of these companies is shared with the gig workers.