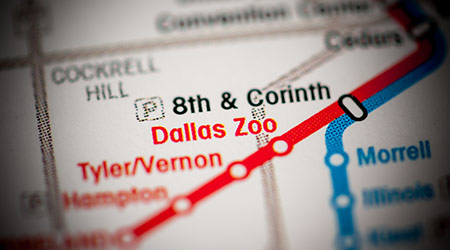 The Dallas Zoo and Kimberly-Clark Professional have struck a partnership to help keep the nitrile gloves used by zoo staff out of landfills.

Staff members use the gloves to feed and care for more than 2,000 animals. Through Kimberly-Clark's RightCycle Program, the zoo has developed a safe way to dispose of the gloves in a renewable manner.

The RightCycle Program works with universities, research and manufacturing facilities, zoos and a variety of other businesses to take hard-to-recycle products, such as used gloves, protective apparel and safety eyewear, and convert them into new consumer goods. For the Dallas Zoo, it estimates that it has been able to divert more than 1,000 pounds of gloves since starting the program in 2018 – roughly the weight of one of its female giraffes.

“When these gloves go to a landfill, they can be consumed by wildlife or they can wind up in our oceans and harm marine life,” says Shannon College, a Dallas Zoo animal supervisor, in a press release from Kimberly-Clark. “Our team members were really excited, and they immediately agreed to participate in the program. Anything we can do to reduce that impact is vitally important to us.”

The RightCycle Program is the first large-scale recycling initiative in the scientific and industrial products industries for non-hazardous laboratory gloves, single-use apparel and safety eyewear. The used products are transformed into flowerpots, shelving, lawn and garden furniture and other goods by U.S. manufacturers. Since 2011, the program has helped zoos, aquariums, universities, research facilities, and a range of businesses divert more than 830 tons of waste from landfills.