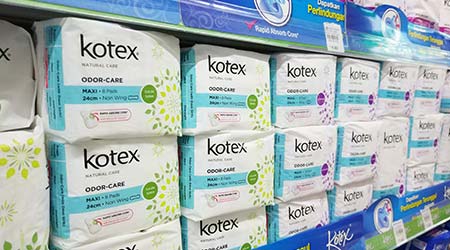 Kimberly-Clark earned the SmartWay Excellence Award from the U.S. Environmental Protection Agency (EPA) for leadership in environmentally responsible shipping, says the company in a press release. Kimberly-Clark was also given two ethical corporation Responsible Business Awards for its social impact programs, With U She Can and Toilets Change Lives.

The 2019 SmartWay Excellence Award marks the tenth time Kimberly-Clark has been ranked amongst the top 2 percent of all SmartWay shippers who meet or exceed the emissions and carrier selection standards EPA outlines for clean, efficient transportation. The company announced in July that it had exceeded its global GHG reduction goals four years early and would double its goals by 2022.

SmartWay high performers are also evaluated by their integration of freight into their sustainability outreach, planning and progress. Kimberly-Clark's commitment to enlisting their extensive network of carriers into the EPA program has been a hallmark of the company's efforts and environmental impact.

"We are committed to using our leadership position to bring other carriers into our sustainability journey because these standards have an incredible impact on air quality and our carbon footprint,” says Scott DeGroot, vice president of transportation for Kimberly-Clark. "By implementing SmartWay standards over the past decade, Kimberly-Clark has saved more than 100 million gallons of diesel fuel and reduced greenhouse gas emission by an estimated 1 million tons."

The company's social impact programs are also yielding benefits for millions of people in need. The company was selected from more than 90 finalists for the Ethical Corporation Responsible Business Awards, which recognize leadership in the movement towards a sustainable future.

With U She Can, the signature program of Kimberly-Clark's U by Kotex brand designed to provide period products to women in need, received Ethical Corporation's Community Impact Award. U by Kotex joined forces with the National Diaper Bank Network in May 2018 to form the Alliance for Period Supplies. As the organization's founding sponsor, U by Kotex reached out to retail partners to conduct buy-donate programs and dramatically increase donations. By May of 2019, U by Kotex donated products and retailer donations reached 17 million products.

Kimberly-Clark was also shortlisted for two additional awards: Circular Innovation and Clean Energy Transition. Between the four shortlists and two wins, Kimberly-Clark was the most recognized company in 2019 by the Ethical Corporation Responsible Business Awards.