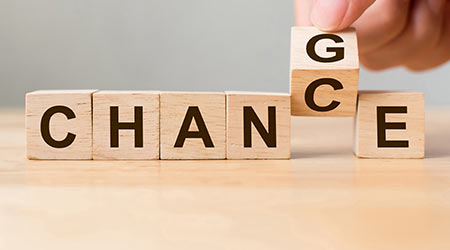 Kim Underhill, President of Kimberly-Clark Professional, has been named Group President Kimberly-Clark North America. In her new role, Underhill will lead Kimberly-Clark's nearly $8 billion North American consumer business, with trusted brands such as Huggies, Kleenex, Cottonelle, and Depend. Underhill is succeeding Larry Allgaier who has announced his intent to pursue opportunities outside of the company.

Aaron Powell, President, Kimberly-Clark Europe, Middle East and Africa (EMEA) has been named President of K-C Professional. A successor to Powell in EMEA will be named in the near future.

Both Underhill and Powell will report to Mike Hsu, President and Chief Operating Officer of Kimberly-Clark. The moves are effective immediately.

"We have a deep bench of talented leaders to drive our global business plan," said Hsu. "Kim and Aaron are both seasoned executives with proven strategic, operational and innovation experience. These changes will help us further build our already strong consumer and professional businesses."

Underhill has led K-C Professional since 2014. From 2011 to 2014, Ms. Underhill served as President of Kimberly-Clark's consumer business in Europe. She joined Kimberly-Clark in 1988 and has held positions with increasing responsibilities within research and engineering, supply chain and marketing. She also held leadership positions in Consumer Tissue and Personal Care in the North American consumer business. In addition to her role at Kimberly-Clark, Ms. Underhill serves on the board of directors for Foot Locker, Inc. She earned her bachelor's degree in chemical engineering from Purdue University and her master's degree in engineering management from the Milwaukee School of Engineering .

Powell returns to K-C Professional from Kimberly-Clark's consumer business in EMEA. Powell previously served as President for Kimberly-Clark Professional in North America, where he led a multibillion dollar business focused on creating exceptional workplaces for business customers in the United States, Canada and Puerto Rico. Since joining the company in 2007, he has held a series of roles with increasing responsibility including Vice President and Managing Director of Kimberly-Clark's consumer business in Central and Eastern Europe. He earned a bachelor's degree from Washington University, and his MBA with honors from the Wharton School of Business.