Kimberly-Clark Announces Board Of Directors 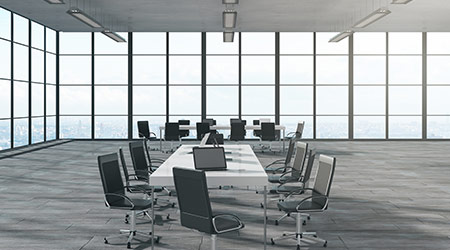 Kimberly-Clark Corporation (NYSE: KMB) announced that S. Todd Maclin and Dunia A. Shive have been nominated for election to its Board of Directors at the company's 2019 Annual Meeting of Shareholders on May 2, 2019. Current board members John F. Bergstrom and James M. Jenness will be retiring in 2019.

Mr. Maclin had a 37-year career at JPMorgan Chase & Co. and its predecessor banks, where he rose to Chairman of Chase Commercial and Consumer Banking in 2013 and served on the company's Operating Committee. Mr. Maclin currently serves on The University of Texas Development Board, the Advisory Council for McCombs Graduate School of Business, the Executive Committee of The University of Texas Chancellor's Council, the board of visitors of UT Southwestern Health System, the Steering Committee for the O'Donnell Brain Institute for UT Southwestern, and the board of Southwestern Medical Foundation and a member of its Investment Committee. Mr. Maclin also serves on the board of directors of RRH Corporation, the parent company of Hunt Consolidated, Inc.

Ms. Shive brings extensive media experience from her background as Senior Vice President of TEGNA Inc., formerly Gannett Co., Inc., a broadcast and digital media company, from 2013 to 2017. She previously served as President and Chief Executive Officer of Belo Corp. from 2008 to 2013, which was acquired by Gannett in 2013. She joined Belo Corp. in 1993 and served as Chief Financial Officer and various other leadership positions prior to her election as President and Chief Executive Officer. She previously served on the board of directors for Dr Pepper Snapple Group, Inc. until July 2018 and currently serves on the board of directors for Trinity Industries, Inc., and as a Trustee for Parks of Downtown Dallas.

"We are excited about our plan to add Todd and Dunia to the board," said Thomas J. Falk, Executive Chairman of Kimberly-Clark. "Todd has deep finance and consumer experience, having led the consumer division of the largest bank in the U.S., and Dunia brings a valuable perspective from leadership roles in major media companies that offer marketing solutions across digital and traditional media platforms. Todd and Dunia will bring significant leadership perspective and capabilities as we execute our growth agenda."

Falk added, "John and Jim have both made significant contributions to our board, strategy and culture over their tenures. I want to thank them for their extensive commitment to our company and our shareholders."