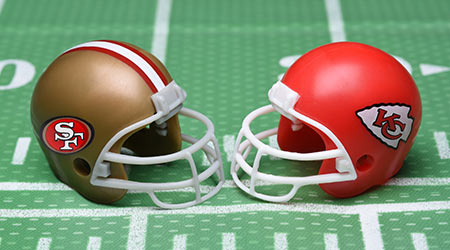 It wasn't long after the confetti flew following the Kansas City Chiefs victory over the Tennessee Titans in the N.F.L.'s AFC championship game that team ownership decided all 2,000 of its employees would be invited to the team's first Super Bowl appearance in 50 years.

The team brought about 2,000 employees to the big game, including janitors, security staff, receptionists and their families, reports Fox 4 KC.

Kansas City Chiefs employees aren't split up into two factions: members of the football team and everyone else involved in the business, says Clark Hunt, the team’s chairman. Instead, the franchise views all of its employees as one big team.

The Chiefs’ decision to fill up roughly three percent of Hard Rock Stadium with its employees came at a steep price. The cheapest pair of tickets for the Super Bowl were being sold for $6,252 each on Vivid Seats, as of Friday afternoon.