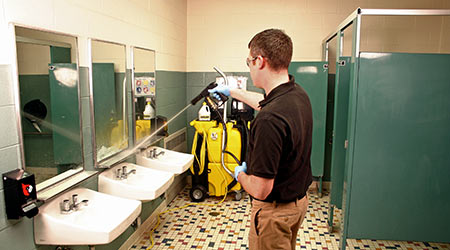 Hamilton, Ohio-based Kaivac Cleaning Systems is marking a new milestone in its nearly two-decade history by moving to a new corporate campus to support an increase in sales, according to an article on the Journal News website. The company moved to a new, multi-building corporate campus in October.

The move more than doubles the facility size and gives it the ability to triple its staffing.

The new corporate campus consists of four buildings and includes a training center where bring in customers from around the world to train them on how to use and sell its cleaning systems.

Founded in 1998, the company employees 82 people, the majority of them in Hamilton but with some sales team members located in other parts of the country. In addition, Kaivac employs 15 temporary workers and also uses a crew of 20 workers from the Easter Seals organization, which provides work to individuals with handicaps.

The move to the new location will allow the company to hire between 30 and 40 people in its manufacturing department, as well as several sales positions in the coming months.

The new corporate campus houses the company’s business offices, as well as research and development departments and manufacturing and production operations. The move was necessary because of significant business growth in the past few years in the U.S., Canada, and overseas.

Walmart recently selected Kaivac equipment to help standardize its restroom cleaning programs throughout its more than 3,500 U.S. Super Centers. Also, in the past two years, Kaivac formed a joint venture allowing the company to market its products in Europe, the Middle East, Africa and the Pacific Rim.