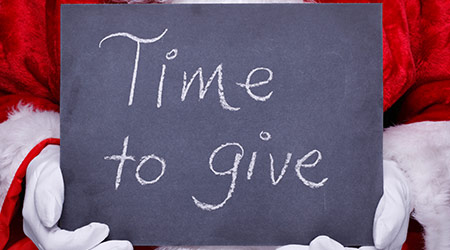 They might be on the frontline in the fight against germs, but janitors and custodians are too often the last employees to get praised. Yet despite the lack of thanks their job garners, many of these cleaning professionals do their job with love. So when these workers get this love thrown back at them, it’s worth talking about — especially during the holiday season.

A group of cadets at the Citadel, a military college in Charleston, South Carolina, gave thanks to a janitor they love by sending off to see his favorite NFL team play, reports ABC News 4.

Dwight Holmes has been rooting for the Dallas Cowboys since 1970, but has been relegated to watching the franchise play inside the college’s lounge halls or barracks. Knowing this, several cadets hatched a plan to send Holmes to “Big D.”

The cadets eventually raised $1,800 which they used to buy Holmes a plane ticket to Dallas, gift card, a hotel room, spending money and the jersey of Dallas Cowboys Hall of Fame Running Back Emmitt Smith.

Holmes will be at AT&T Stadium in Arlington, Texas for his first Cowboys game — something he’ll likely not forget.

The holiday season will be extra special for another custodian named Holmes.

A mother of a student at McLeod Elementary School in Jackson, Mississippi bought an SUV for school custodian Maggie Holmes when she found out she didn’t have a vehicle, reports WAPT 16.

Having caught wind of the one mother’s contributions, Jackson-area businesses and community members donated a number of gifts to Jackson, including a year’s worth of gas, oil changes, car washes and even her vehicle’s insurance and registration.

The mother who bought the SUV says she has chosen to give back every year since her daughter, who was formally deaf, was made able to hear after a number of surgeries.

Surprisingly, custodians being gifted vehicles has become something of a trend. A story on one of these gifts can be read here.