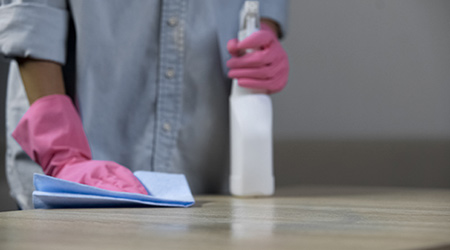 The University of Memphis approved a minimum wage hike to $15 an hour for all of its employees earlier this year, but that change has yet to be instituted, much to the dismay of cleaning staff.

Gracie Mayhew works hard to take care of those on the university’s campus, but struggles to support herself with her $11 per hour, full-time cleaning job, reports The Tennessee Tribune. Other cleaning staff members around campus are facing the same issue. Jean Rimmber, for example, says she has to cut deals with her light, gas and water provider so that those services remain, because her $11.22/hour, full-time job doesn’t pay enough for her to keep up with those bills.

Unfortunately for workers like Mayhew and Rimmber, there is no indication that the promised reprieve from their low wages, and the hardships they cause, will be coming soon. A university official says the approved minimum wage for the school’s employees won’t take effect until after the state’s general assembly approves the budget, and there’s no timetable for that vote.

The low pay plaguing cleaners at the University of Memphis is indicative of a larger issue plaguing industry workers across the country. Maids and housekeeping cleaners come in seventh in USA Today’s recent listing of the 25 lowest paying jobs in the United States. According to the report, the more than 825,000 people holding these positions throughout the country earned a median annual salary of just over $24,000 in 2018.

Data gathered by other studies sides with USA Today’s conclusions. For example, a Salary Survey released by Facility Cleaning Decisions in 2017 concludes that new cleaning workers were earning an average salary of $26,075 at the time. This low pay was actually higher than what was discovered by others — Glassdoor.com and Indeed.com found the average salary for a custodian to be $22,120 and $23,000, respectively.

More than half of the cleaning managers surveyed by Facility Cleaning Decisions believe their starting salaries for janitors are higher than state and federal requirements, yet they still fall short of U.S. Bureau For Labor Statistics’ salary averages for building cleaning workers of $30,200.