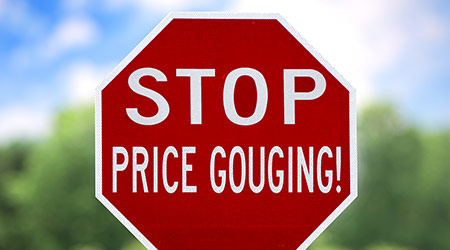 The president of a janitorial company in Washington is being accused of proposing to raise the cost of paper towel and toilet tissue sales dramatically in an effort to offset business troubles.

Rick Anderson of Anderson Paper and Packaging, Ferndale, Washington, allegedly emailed his sales team advising them that one of the company's paper towel and toilet tissue providers was cutting the company's orders, reports 770 KTTH. Anderson allegedly says in the emails that the company would respond to the business issue by raising the cost of all towel and tissues sales by 50 percent until the industry is restored to a relative state of normalcy.

One of the employees at Anderson Paper and Packaging allegedly told Anderson that the act would be a bad idea as it would likely enrage customers over the long term. The employee allegedly says in a later email that toilet paper is considered an essential item and that the capitalistic act of raising its price in a time of need "has no place."

When 770 KTTH emailed Anderson about the incident he told the news outlet that the email "was taken out of context" and that the email should have never been shared without outside parties.

Anderson was given other opportunities to give his response more detail, but declined to do so.

Price gouging of other personal hygiene products such as hand soap and hand sanitizer has gotten so bad that eBay has banned the sale of such products.