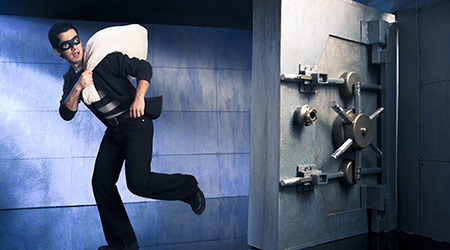 While many people had nightmares last week of ghoulish Halloween stories, at least one man was living a nightmare inside a jail cell thanks to the heads up efforts of a Washington janitor.

Oscar Garcia, 25, was arrested last Tuesday after being caught allegedly burglarizing a bank while its janitor was still inside.

Police were called around 10:20 p.m. to a Bank of America branch in Kennewick, Washington for a report of a burglary in progress, reports KEPR-TV. The officers arrived to find Garcia, who has been charged with burglary in the first degree.

Kennewick Police say the janitor in the bank hid while the alleged burglary was occurring and called 9-1-1. Garcia was found to be carrying a weapon when apprehended by police.