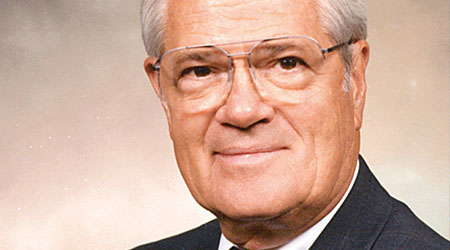 Jack Ramaley, ISSA’s executive director from 1975-1987, peacefully passed away Saturday, January 20, at age 97. Known to many in the industry as Mr. ISSA (with personalized license plates to prove it), Ramaley was still committed to the industry and association he loved so much, occasionally attending shows and actively working on the ISSA Foundation board up until his passing.

Ramaley started in the jan/san industry in 1958 as a zone sales manager for Breur-Electric (which later became known as Tornado). In an interview with Sanitary Maintenance in 1987, Ramaley said he joined the cleaning industry because he “could sell on commission.”

After selling floor machines and vacuums for more than a decade, Ramaley joined ISSA as its executive director. He had started to get involved with the association while at Breur-Electric and served as ISSA’s treasurer in 1972.