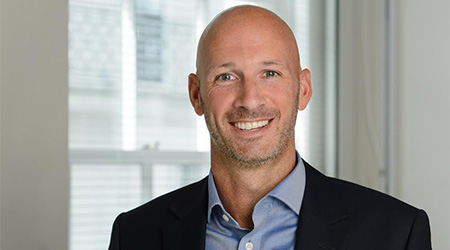 Diversey announced in a press release the appointment of Philip R. Wieland as ongoing CEO of the company, effective immediately. An experienced industrials distribution and services executive with deep operations expertise, Wieland has served as interim CEO and a member of the company's Board of Directors since January 2020. He was previously the CFO.

Wieland has deep experience as a senior executive of scale services organizations, having served as CEO of UK and Ireland operations and as Group CFO of Brakes, a leading European food service business. He was previously CFO of General Healthcare Group, a private owner of hospitals in the UK, and served in a number of executive roles at British Sky Broadcasting. He received a bachelor’s degree from the University of Leeds.

“Thanks to the hard work and leadership of Phil and the management team, Diversey has dramatically improved operating profits and cash flow generation, reignited its organic growth engine, and completed two highly strategic acquisitions," says Ken Hanau, chairman of the Diversey Board of Directors and a managing director at Bain Capital. “We are pleased with Diversey’s performance during the COVID crisis, and confident in the ever-expanding role the company plays to protect and care for people every day and everywhere through its leading cleaning and hygiene technologies. This is even more important in the times we are living in today.”

Diversey made several strategic moves over the last year to expand its differentiated platform. In December 2019, the company announced the acquisition of the global intellectual property rights related to Accelerated Hydrogen Peroxide (AHP), an innovative and revolutionary technology, from Virox Technologies, Inc. Previously, Diversey announced a significant investment in a new research and development center in China, a key milestone in the execution of its Asia strategy. The company has also made additional investments to support its continued growth in the United States, including in the food service market and in the wipes business where Diversey expanded capabilities with the acquisition of Wypetech’s manufacturing assets.

“The progress Diversey is making is exciting. We have added critical products to our portfolio and expanded our operations to better serve our key markets, and I am thrilled by the opportunity to lead the business on an ongoing basis," says Wieland. “We remain focused on serving the needs of our customers with better solutions and products that will help them win in the marketplace.”