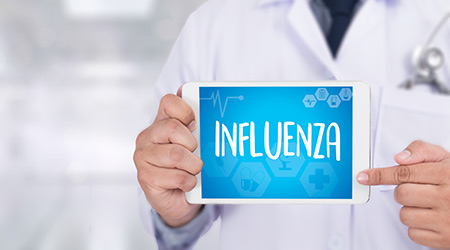 The 2019-2020 flu season is off to such an unusual start that it is demonstrating traits that haven’t been experienced in more than 25 years.

Two strands of the influenza virus can seriously impact the health of humans: A and B. Type A  is usually more common in the early portion of a flu season, while Type B often peaks in February or March. This year, Influenza B has been the most common flu strand in the United States through December.

“It’s unusual,” says Kris Ehresmann, director of infectious diseases at the Minnesota Department of Health, according to WCCO 4 News. “We typically see influenza A as the peak strain.”

The last time influenza B impacted the United States so much, so early was during the 1992-1993 flu season.