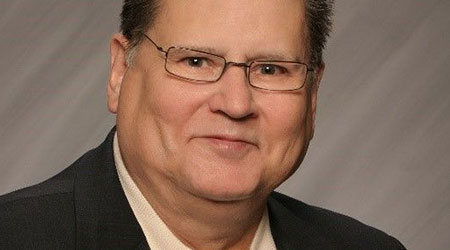 The 50-year industry veteran started his career with Mid-America Building Maintenance, where he grew the company from an initial contract of $25.02 per month to several millions of dollars in revenue operating in six states. During his 34 years with the building service contracting company, Ollek saw steady growth in sales and profits each year.

In 2005, Ollek began sharing his industry knowledge with the masses as the CEO of Consultants In Cleaning. In addition to authoring four educational books, he traveled the country to host training workshops on sales, Human Resources, operations and administration, and supervision.

During much of his career, Ollek also dedicated his time to Building Service Contractors Association International (BSCAI). His years of involvement culminated in the early 1990s when he became president of the association, after which he remained a dedicated and active member.

Both in and outside the industry, Ollek was revered for his kindness, a trait he shared with his family. In 2017, they launched The Ollek Foundation with a goal to help the people who help people. To date, the group has held many successful drives for local religious organizations, wellness groups, schools and crisis centers.

Many in the industry took to social media to express themselves about the news of Ollek's passing. Here are a few of those comments:

• Todd Hopkins - "Dick was a great mentor to me. His impact on so many people in our industry leaves a true legacy. He loved to teach and train. His faith in God was unwavering and his focus on purpose and helping others — incredibly inspiring. We are going to miss him greatly."

• Gary Penrod - "Dick Ollek was instrumental in the development of the building services industry for more than 50 years. He was a friend to many of us in the industry, including me. He will be remembered. Thank you, Dick."

• Curtis McLemore - "A great man who shall be deeply missed."

• Ed Selkow - "Our entire industry is poorer with the loss of Dick Ollek."

• Jerry Wenger - "A true gentleman. He never made any bones about it, he LOVED our industry and the people in it. Genuine, Honest, Full of Integrity. It was a true HONOR to have met with him and spend time with him..."

• Terry Sambrowski - "So sad for the loss to the industry, family and friends. Dick you left so much of your experience and knowledge for those who come behind you."

• Ron Segura - "Those of you who had the pleasure of meeting and knowing Dick over the years will agree he loved this industry. Personally, I learned a lot from Dick on how to satisfy a customer, train your staff, and how to market your company to create prospects. He will certainly be missed!"