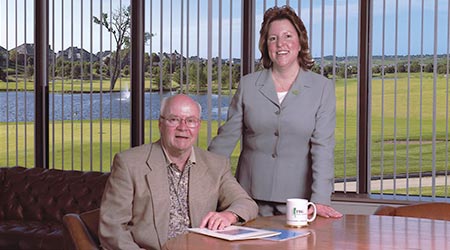 BSCAI sends its deepest condolences to the Simmonds family following the passing of Wayne Simmonds, CBSE, Founder and Chairman Emeritus of FBG Service Corporation. FBG Service Corporation has been a loyal BSCAI member since 1966 and Wayne demonstrated his dedication and commitment to the association, serving as President in 1984. Following his presidency, Wayne continued to be recognized for his leadership and service; he was recipient of the James E. Purcell Leadership Award in 1987 and received the Walter L. Cook Award for Distinguished Service in 1990.

Wayne became the sole proprietor of the janitorial company Floor Brite, Inc., in 1968 and pursued a series of expansions and acquisitions that led to the creation of FBG Service Corporation in 1982. Today, the company employs more than 1,300 people and manages over 60,000,000 sq. ft. of space for customers in a variety of industries. In 2000, his daughter Terri Gogetap became President of FBG, and more recently CEO. Daughter Sandi Bruno also works at FBG in the corporate office and Terri’s twin Sherri Labedz, spent many years at the company.

“When I started in the business we started with virtually nothing. I think our revenues that first year were around $7,000. Over the years, we’ve done business locally, regionally and on a national scale. But the thing I’m most proud of is the fact that we’ve provided employment opportunities for so many people. It’s truly satisfying to know how many lives we’ve touched.”
— Wayne Simmonds, CEO, FBG Service Corporation, October 1, 2010